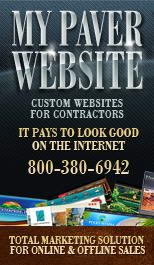 (Louisville, KY) – The 2012 GIE+EXPO (Green Industry & Equipment Expo) buzzed with business indoors and out October 24-26 at the Ky. Exposition Center in Louisville. Dealers and lawn & landscape pros networked, gathered valuable information from the many classes offered, demonstrated equipment and compared products. A special dealer preview, held Wednesday, was so popular with manufacturers and dealers alike that show planners have already announced October 23 as the date for the 2013 Dealer Day.

Dealer Day
The first-ever Dealer Day, Wednesday, October 24, helped stimulate a 10% increase in the number of dealers and retailers attending the show and a 48% increase in distributors. The Dealer Resource Pavilion was open all day; classes were offered for dealership owners/managers, technicians and rental dealers; and the show floor was open 3:00 – 7:00 p.m. The new preview day was intended to provide focused education and facilitate one-on-one time so exhibitors and dealers/distributors could network and discuss pricing and products.

"If you're a dealer looking for new products and education, this was your ideal opportunity," said Mike Williams, vice president government relations, North American Equipment Dealers Association (NAEDA). "We expected 150 people at the first dealership owners' and managers' class, and more than 300 showed up. The room was filled to capacity. We are already making plans for expansion and improvement next year."

"Dealer Day was a home run," said Todd Teske, president, chair and CEO of Briggs & Stratton. "Everybody we talked to thought it was tremendous success. It gave me, personally, an opportunity to talk directly with dealers, which I love."

"By the end of Wednesday we had exhibitors asking for expanded booth space for 2013," Show Director Warren Sellers said. "It looks like we had a success on our hands."

Education
On Wednesday while retailers, distributors and dealers were busy at the Kentucky Expo Center, lawn & landscape professionals were in downtown Louisville taking classes offered by the Professional Grounds Management Society (PGMS) and Professional Landcare Network (PLANET). The sessions continued at the Expo Center on Thursday and Friday. PLANET reported a 20% increase in attendance at their Green Industry Conference (GIC) with the greatest number of participants since the pre-recession era in 2007. About 25% of the GIC participants were first-timers.

Hardscape contractors also had the opportunity to attend live demonstrations and classes offered by Hardscape North America (HNA), which was co-located with GIE+EXPO. HNA registrations were up 43%.

There were more free concerts at the 2012 show than ever before. Entertainers included Kansas on Wednesday night; The Trishas, who opened for the Eli Young Band, both sponsored by Nissan Commercial Vehicles on Thursday night; and Olivia Henken opening for a return engagement by Candy Coburn on Friday. All were held in the downtown entertainment complex, 4th Street Live! Attendance estimates on Wednesday and Thursday exceeded 7,000!

Exhibits
On Thursday and Friday the show floor and 19-acre Outdoor Demo Area were open to everyone in the industry. With Thursday's warm, breezy weather, the Demo Area was a busy place. The last day of the show was dubbed "Fabulous Friday" during which two attendees won cash. Roger Henry, a landscaper from Ruma, IL, won $2000 at the 2:00 p.m. drawing, and Mike Walker, an attendee at PLANET's Green Industry Conference, won $3,000 at 3:00 p.m.

Including HNA, there were 750 exhibits indoors and in the adjacent 19-acre Outdoor Demonstration Area. The popular New Products Showcase sold out early again this year with 58 companies spotlighting 89 products that had been introduced within the past year.

Sara Pines, regional manager of public relations for American Honda Motor Co., Inc., summed up Honda's long-time involvement as an exhibitor this way: "We have found GIE+EXPO to be one of the easiest ways to meet our core customers in one place. The interaction here is invaluable. The show provides us one-on-one time with end users, prospective customers and business partners that we're not able to have anywhere else."

Contact
GIE+EXPO – the 9th largest tradeshow in North America – is sponsored by the Outdoor Power Equipment Institute, Inc. (OPEI), PGMS and PLANET. The show will be held in Louisville again next year. The 2013 dates are Wednesday, October 23, Dealer Day; October 24-25, all industry participants. For information: www.gie-expo.com, Facebook, info@GIE-EXPO.com or 800-558-8767/812-949-9200. 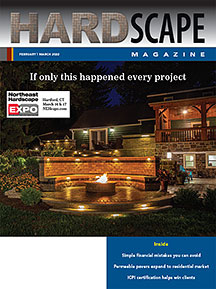 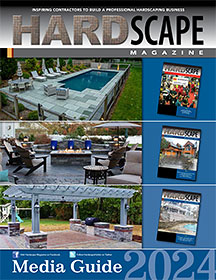 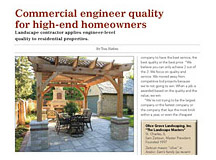